Whether buying a pair of Tom's shoes or seeking out LEED certified office space, American consumers and businesses alike are increasingly concerned with the ethical DNA of the companies they buy from. 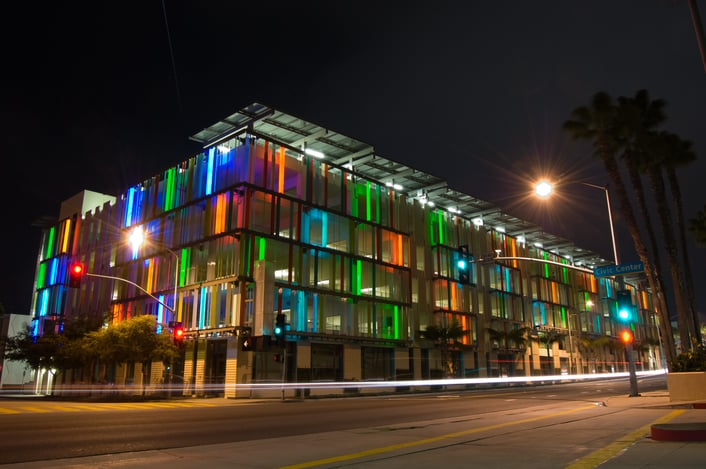 Saying goodbye to the good

Beginning in the 1970s and reaching an apex in the early 2000s, businesses, corporations in particular, began to transition away from corporate philanthropy. In fact most charitable efforts of major corporations began to come through the Public Relations or Marketing departments.

It is believed that this shift was largely in response to theories espoused by Milton Freedman, who argued that any corporate philanthropy took money from the profits to shareholders, and thus was irresponsible corporate practice.

As it turns out another principal of capitalism--supply and demand, has had a greater impact in recent years. The average consumer doesn't put a lot of effort into economic theory, rather they just participate in our economy, which is where the rubber meets the road and theories are tested.

Consumers pay attention to what companies contribute (or not) to their communities, and as it turns out they expect corporations to make meaningful contributions.

92% of consumers expect businesses to be good corporate citizens

Simply, people like to do business with companies that give back in their communities. As a result, companies are responding in new and different ways to the increased demand for social good. Some examples include:

As a result consumers are consciously supporting the companies that give. Not only does philanthropy increase sales, but it also increases brand loyalty and word of mouth promotion.

72% of consumers would recommend a brand that supports a good cause over one that doesn’t; a 39% increase since 2008.

In the wake of these staggering numbers businesses have learned that doing good is in fact, good business. This means that businesses are increasingly creating products and services with social impact in mind. In fact, this has given rise to social entrepreneurship and a new class of businesses called Benefit Corporations, or B-corps.

What is a Benefit Corporation?

B-corps are for-profit businesses that create a general public benefit. By contrast a C corporation's primary purpose is to deliver profits to their shareholders, but a B-corp must demonstrate that they create a material positive impact on society and the environment.

Since 2010 thirty states and the District of Columbia have authorized benefit corporations, and it is likely that more states will follow suit.

What does that mean for consumers? It means they have a way to identify companies that align with their values so they can consciously do business with them. In fact many brands you know and love are B-corps already.

OK, that's nice, but what does that have to do with you?

You don't have to become a B-corp to do more good in your community. Whether you start small by instituting an office recycling program, or go big by donating products and/or services to local charities, either way, your customers will be impressed.

The statistics don't lie, not only will they be impressed, but they'll do business with you more often, and they'll tell their friends.

There is a catch

You have to tell people about it. This is something we failed to do at Graziani Multimedia, and in the future, we're going to tell the stories a little more often because we learned a tough lesson. In 2016 we donated 30% of our services to local charities, but we didn't really mention it.

One day I was talking to a local business owner and asked why they were doing business with a competitor of ours. (A great learning tool I highly recommend by the way.) I was shocked, and even a little hurt when she said it was because they loved how this company gives away a free $10,000 website to a small business every year.

In my head I was screaming, "WE GIVE SO MUCH MORE THAN THAT, AND TO NONPROFITS NO LESS!!" I didn't freak out on the outside, and calmly told her about our various charity projects.

Guess what she said--"Wow, I had no idea! You really should tell people about that."

Learn from my mistakes

So a little friendly advice from me--go out there and do some good. Support the causes you are passionate about, and then tell the story. Your current and future customers want to know.

Get our blog delivered directly to your inbox!

What is a Growth Plan?
You're either growing or dying
How to explain SEO to your boss
Show them the ROI

What do you think?